Are you struggling with bulimia or know of someone who is? Do you feel shame or embarrassment about it – especially if you’re over the age of 40? Are you looking to connect with someone who has been in your very shoes, recovered, and written a book to tell you how to overcome bulimia? In this podcast episode, Dr. Cristina Castagnini speaks with Laurie Ann Campbell about her personal journey to overcoming bulimia and subsequent book, How to Have Your Cake and Not Eat It All Too. 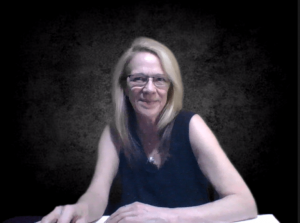 Laurie Ann is a recovered bulimic of 30 years – 10 years recovered and now a Bulimia Recovery Coach. She is a Masters Certified Handwriting Analyst/Grapho Therapist. Laurie Ann is also the author behind a free e-Book, “How To Have Your Cake & Not Eat It All Too – A Guide To Adult Bulimia Recovery.” To connect with Laurie Ann check out her website, join her Facebook Support Group and follow her on Twitter. Email laurieann@iamthatgal.com

How and where it all started

I was always slightly bigger than the other kids, and at age 9 I was weighed in front of other kids and I saw that I was heavier, but looking back now it was because I was the tallest kid. I didn’t have a real issue with my body image or weight until my sister’s wedding when she was on a diet and told me that I was overweight based on the charts she was following. She then put me on a liquid diet for 3 days and that was when I became more conscious of how other people looked in-person, in magazines etc.

At 16 I moved High School to Canada and stopped playing sports as there were none. I worked at McDonald's and started binge eating. I put on more weight and tried all sorts of diets but kept putting on weight. A friend then introduced me to bulimia, and then it started to control me and I couldn’t get out.

At the beginning it was like “oooh” this is great and then all of a sudden, I was even reading through my journal where I was saying, “I just want out of this. And I can’t talk to anyone, because at first my friends knew about it and then they would tell me how bad it was. And then I just told them I was over it when I wasn’t. (Laurie Ann)

At 19 I moved again and had to switch universities and start all over again, and then during those 3 years I struggled really badly with bulimia, and my parents said if I don’t put on weight they’re kicking me out the house. This was back in the 1980s there wasn’t much to lean on back then – no support system, and very few resources available.

Well, they [my family] knew I was bulimic, not the struggle I was going through…and it was like “stop it, you know you’re wasting food.” And I don’t blame them for that, they just they were completely thrown off. They didn’t know what to do. They didn’t know how to deal with it. (Laurie Ann)

There wasn’t really one for me until later in life. Other than stopping for a couple of months, and stopping during my 3 pregnancies, I still went back into it.

Fear of not falling pregnant?

I was never regular anyway, even before my bulimia. My doctor said I had ‘sleepy ovaries’ so I was never on contraceptive and ended up taking herbs which helped with fertility and possibly made up for any deficiencies I had.

Something shifted for you when you were pregnant what was it?

I was fearful at first, but I quickly realized that I didn’t have to worry about walking down the street and being bigger as there was something beautiful inside of me. I focused on the health of my baby and caring for it in my body.

Funny that I couldn’t feel like that throughout, through the whole time, to feel that love of my body when my children were born again really if you think about it, I never really thought about that as it would have been nice if that were the case. (Laurie Ann)

Do you wonder why there’s such a difference between loving your body pregnant vs. normal?

On the social side, it wasn’t all about looks, but there were comments that I needed to look a certain way, but when I was pregnant there wasn’t.

While I was pregnant I didn’t feel that [need to look a certain way], I didn’t feel the pressures of society or anything. Like I’m pregnant, here’s my big belly. (Laurie Ann)

What made you stop?

I got tired of making the phone calls, looking at my reflection in the water and thinking “what am I doing?” I then went through a painful divorce and moved back in with my sister as I lost my business too.

And then I thought, hmmm I have no one to answer to anymore, and not that I thought that I had to answer to my ex-husband, but I had felt that there were expectations. Those were now gone, whether I created those expectations or not. It wasn’t there anymore. And I just felt now, this is you, this is for you now not for anybody. (Laurie Ann)

One evening my sister told me, “you know I can still hear you. I know you have bulimia still, but I love you and I’d love you to stop.” She wasn’t judgmental at all. And the next day I woke up and I just stopped, but it wasn’t as easy as it sounds.

I did stop, and it wasn’t like it was easy. Ooh it was like that one day. You know you have to deal with your emotions now without that food to go to. (Laurie Ann)

The first 3 to 6 months were the hardest emotionally, but I didn’t want to go back and bend over a toilet anymore. It was exhausting.

Once I got comfortable with the food and everything because that takes time too, it was lovely to sit down at a meal, and I say this a lot as well, is not look for a bathroom 20 minutes later or not having people staring at you going, “when is she gonna go?” (Laurie Ann)

The stigma is still there, people still watch you even 10 years later.

And now I realize, it really doesn’t matter. You can still have you know spaghetti and you’re not gonna be 20 pounds heavier tomorrow – enjoy it! (Laurie Ann)

Another thing that I found tough - as a lot of bulimics lose this - but knowing when to stop when you’re full.

1 - Have somebody just to talk to as it’s very lonely. Have somebody you can get on the phone with. Find someone understanding, and not pushy or judgmental. By the end of the conversation there’s a good chance that you won’t act on what you want to do as you don’t feel like doing it anymore. You’ve talked it out. 2 - Write about it – open up and share.

When you allow for the secrecy to not be a secret anymore it helped. (Laurie Ann) 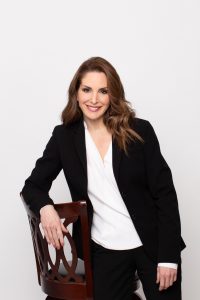 There are currently no comments for HAVE YOUR CAKE AND NOT EAT IT ALL TOO, WITH RECOVERED LAURIE ANN CAMPBELL | EP 37.